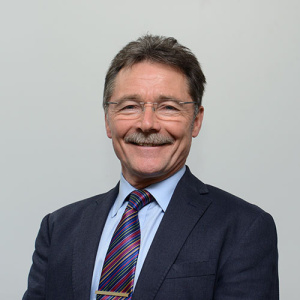 With over 45 years’ experience in the construction industry, Bill became one of the industry’s leading champions of change and best practice in his roles as Best Practice Manager for Speller Metcalfe and Best Practice Director at Thomas Vale.

His service on management committees including three Constructing Excellence best practice clubs, and Hereford and Worcester Chamber of Commerce showed his commitment to the industry and county.

Bill played a fundamental role in the establishment of construction best practice hubs across the Midlands. As founding member of Birmingham's club in the early 2000s, the Hereford & Worcestershire club in 2006 and relaunching the Black Country club in 2007, his influence has delivered a legacy of enthusiasm and encouragement to do the right thing.

Andrew James, Partner at Harrison Clark Rickerbys and HAWCE Chairman said, “Bill was instrumental in setting up HAWCE, the Constructing Excellence Best Practice Club for Herefordshire and Worcestershire, and was a key and dedicated committee member for over 10 years.

“His passion for the industry and commitment to trying to improve it shone through everything he did. He had great energy and insight, but was also a true gentleman with a wonderful sense of humour: we, and the industry, shall miss him greatly.”

Leaving his position as Director at 63, following Thomas Vale’s acquisition, Bill joined Speller Metcalfe as Best Practice Manager and took this opportunity to share his passion for a better industry. At Speller Metcalfe, his personality and devotion compelled others to listen and learn, streamlining company procedures and stabilising the company’s growth.

Bill took it upon himself to mentor and coach the younger generation to success through the Innovation and Excellence Board, an initiative he introduced to the company. His position as trustee for Speller Metcalfe’s charity, Worcestershire Construction Apprenticeship Academy, and his introduction of the Knowledge Series, a series of CPD accredited events held in Birmingham, demonstrated his commitment to developing skills within the industry and region.

Steve Speller, Joint owner of Speller Metcalfe said, “During my final visit before Bill passed away, he told me that ‘if only we had met and started working together fifteen years ago, we could have had so much fun!’

“I cannot turn back time but I can say that I was privileged to have known such a charismatic and caring person who held an uncanny knack for being able to offer support without being overbearing.

“I will miss him greatly and I know my children have also been hugely affected by his loss.

“Will I ever meet another man who could dress to such perfection? I doubt it.”

Bill was above all else a family man, lovingly dedicated to his wife Louise and daughters Jess and Sophie. His life was celebrated at Wyre Forest Crematorium and Cemetery on 29th September surrounded by family, friends and colleagues.